The Making of Mellow Yellow III

Some snaps behind the scenes of Mellow Yellow III... 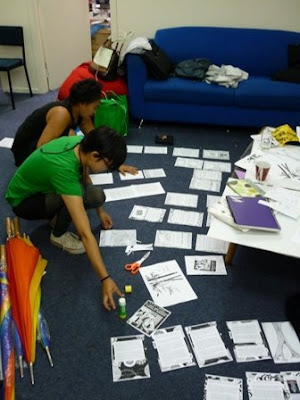 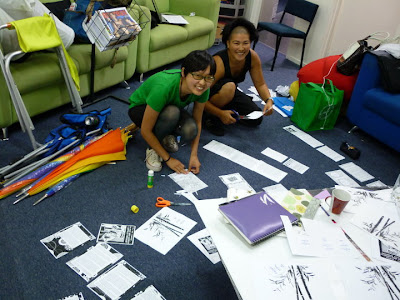 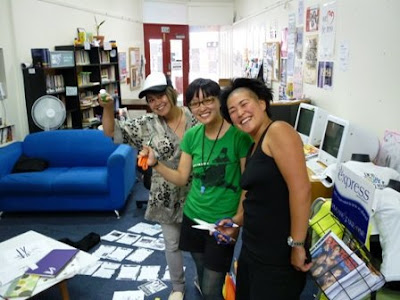 Stay tuned!
Posted by batik at 5:03 PM No comments: 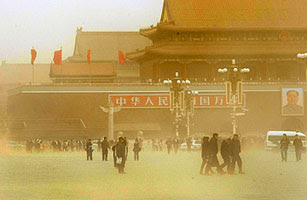 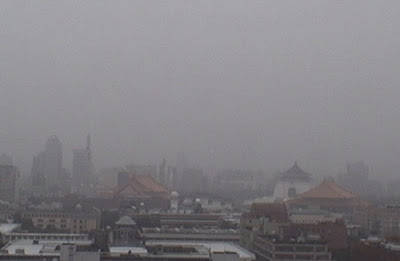 You can't ignore this when it is so in your face. 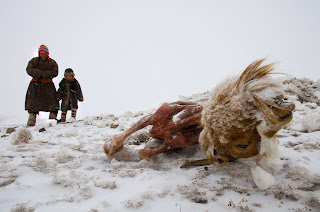 Animal dying in Mongolia due to extreme winter freeze


Don't tell me this has nothing to do with climate change and capitalist industrial destruction of the planet. None of these disasters are "natural" or part of some prehistoric cycle of the earth. The Industrial Revolution began in Europe and colonised the world to provide labour and raw material for the capitalist scumbags who mined, destroyed ancient forests, set up polluting factories and enslaved or killed 'the natives'. That's what started this mess we are all in and the people worst affected are the least responsible.

The dairy and meat industries in New Zealand are the biggest contributors to climate chaos here and David Carter is off to China on an agri-tech mission further expanding and developing the dairy industries in China and Inner Mongolia, sell their white poison and further exploit the land and cows.

And what I think is really funny is all the 'hoo-ha' about a Chinese dairy company wanting to buy dairy farms here, when Fonterra have been buying up dairy companies in China and in other parts of the world for a while now - didn't hear the same kind of outrage about that, particularly from the left. What did people expect with Free Trade Agreements? It's fine to open up other countries' economies for NZ companies to exploit but not when it's the other way round? Interesting neo-colonial dynamics and nationalist attitudes here.

The World Dairy Summit is happening here in November this year. Start organising! And get involved!
Posted by Bamboo at 1:34 AM No comments:

Without getting into a theological discussion about the truth-status of Christianity or God, I want to bring up the role of migrant churches in Aotearoa especially for the Chinese and Korean community.

I've been reading a study done in Christchurch about the Korean community and how the church has become a central institution for the Korean community because of social exclusion, racism from Pakeha society and lack of 'belonging' and social support for Korean migrants elsewhere. I could draw so many parallels with my experiences of harassment and my parents experiences under the capitalist economic framework. From my experience and observation of a Chinese church, churches are more than just a place of worship and evangelizing, they function like a ready-made community for Asian immigrants.

Many people seem to think that you can't be queer, as well as Christian. Homosexuality and Christianity, seems to be a topic that churches are grappling with at the moment. I admit I have struggled hard with what probably many people see as contradictory things. However, I've come to think about what we could all (queers, Christians and everyone else) learn from queer Christians.

After throwing many figurative babies, out with many litres of bathwater, I'm not happy about writing people off anymore, or bagging them out for what they believe and who they are. The reason being, that throwing figurative babies out, means cutting people out. This often means, cutting bits of ourselves, our ancestors and our peoples, off. A really big reason for me no longer wanting to act in these ways anymore, is that my parents are Christians. They have not disowned me, or cut me off because I am queer, despite their interpretations of Christianity. So I am not about to do the same. Many queers have been marginalised by Christianity and the straight mainstream, it is a shame when we then marginalise Queers who are also Christian, and enact the same stuff that happens to us.

Another slightly different but similar extension of this dynamic, is that too often, I feel that people who have more than one marginalised identity, often get asked or pressured to choose which of them is more important. This is definitely pressure I've felt when working around issues of racism, homophobia and colonisation. Where caring about one thing seems to signal to other people, that you care more about one thing, and less about the other thing. It seems a hard thing to grasp, that the many many ways in which people are marginalised and oppressed, are interconnected on many levels. It seems a hard thing to grasp, that we are made up of many parts, all as important as the next. And further than that, all needing the other parts, to be whole. It is a challenge to not chop and choose, but to embrace all the parts of ourselves that are our truths, no matter now contradictory they might seem to others.

This has been sparked out a book ive been reading called “Religion is a Queer thing”, Elizabeth Stuart, Pilgrim Press.

“Many will no doubt claim that a book like Religion Is a Queer Thing is unnecessary. Christianity is Christianity, they will argue; there is only one version of it and it applies to all. Christianity has nothing to do with race, sexuality, class, or bodily differences. Christianity addresses us in our common humanity. This is a clever argument, not only because it immediately attempts to separate God from issues of racism, sexism, classism, and so on, and make them purely "human" concerns, but because it identifies Christianity as the theology of those who are not themselves economically or socially disadvantaged. In the name of a God who joined the struggles of human life and stood with the marginalized, gay, lesbian, bisexual, and transgendered Christians have challenged the notion of what constitutes Christianity -- and what defines a Christian -- by refusing to accept on trust that a white, straight, male Christianity is the sole Christian truth”.

A Moment of Silence

Before I begin this poem, I’d like to ask you to join me in a moment of silence in honor of those who died in the World Trade Center and the Pentagon on September 11th, 2001.

I would also like to ask you to offer up a moment of silence for all of those who have been harassed, imprisoned, disappeared, tortured, raped, or killed in retaliation for those strikes, for the victims in Afghanistan, Iraq, in the U.S., and throughout the world.

And if I could just add one more thing…

A full day of silence… for the tens of thousands of Palestinians who have died at the hands of U.S.-backed Israeli forces over decades of occupation.

Six months of silence… for the million and-a-half Iraqi people, mostly children, who have died of malnourishment or starvation as a result

of a 12-year U.S. embargo against the country.

…And now, the drums of war beat again.

Before I begin this poem, two months of silence… for the Blacks under Apartheid in South Africa, where “homeland security” made them aliens in their own country

Nine months of silence… for the dead in Hiroshima and Nagasaki, where death rained down and peeled back every layer of concrete, steel, earth and skin, and the survivors went on as if alive.

A year of silence… for the millions of dead in Viet Nam­—a people, not a war—for those who know a thing or two about the scent of burning fuel, their relatives bones buried in it, their babies born of it.

Two months of silence… for the decades of dead in Colombia, whose names, like the corpses they once represented, have piled up and slipped off our tongues.

I am the Resistance

From the Never Before Campaign

Palestine: Never Before has a people suffered such an injustice, yet displayed resilience and resistance - like Never Before.

Discussions on Palestine and the Palestinian cause have included attempts to link it to the struggle of South Africans under the apartheid regime, the struggle of the Vietnamese people, the Algerian revolution or other just causes throughout history. The conclusion, however, was that it cannot be compared to any.

What happened in Palestine since 1947 has never happened before, in terms of the combination of the elements: brutality and racism of the occupier, the injustice of granting one peoples land to others, duration of this injustice, complicity and apathy of the civilized world as well as Palestinian people's will to resist all that against all odds.

The Never-Before-Campaign for Palestine is a Beirut-based campaign launched by individuals of different professional backgrounds, including sociologists, political scientists and communications experts.

The Never-Before-Campaign calls for a new approach to support Palestine, and its people, their cause and their resistance movements. This new approach veers away from the traditional competitions for victim-hood which usually seek to elicit the worlds pity. Pity only yields sympathy.

For decades, Palestinians have been treated, at best, as poor unfortunate beings who might deserve charity and maybe some humanitarian aid. Meanwhile, Israel decides, at its own leisure, which bits of the usurped rights to give back.

The Campaign aims at commanding respect. The world does not respect the meek, rather the powerful and the confident. The Palestinian people are victims here, but they are also resilient and determined. The Campaign seeks to communicate this image to the world.

In addition, the image of resistance, that has been suppressed for fear of being confused with terror, is also and integral part of the campaign. No cosmetics, no facades. A masked gunman is the current image of the Palestinian resistance, whether we like it or not. It is this masked freedom fighter facing the might of the Israeli army that makes us proud. The campaign does not succumb to Western sensitivities of the post 9-11 era.

The West and the whole world are at fault here, not the Palestinian people or the resistance movements. The Campaign addresses that issue: Palestine will not wait for Western remorse that always comes too late, such as for the Holocaust, Rwanda and South Africa.

The Campaign recognizes growing awareness about the Palestinian cause all over the world and builds on it. It targets different sets of audiences at the same time.

The Never Before Campaign has no political or religious affiliation, it only has one enemy. All those fighting for the same cause are allies to the Campaign. Our purpose is to make those allies as numerous as possible and to share the credit with them once our cause is victorious.