Natively Speaking: Can the REAL Malays Please Stand up?

I am writing this, post-provoked by the generalistic arguments of this Malaysiakini.com article, noted by a Facebook friend and the more recent news of the caning of Kartika Sari Dewi Shukarno for beer-drinking in Malaysia. The former criticizes 'Malays' as a people within the Malaysian context, while Kartika's case controversialises the state of Malay women, hence gender deviance under Muslim laws. I was going to write two different posts for these articles, but the more I thought about it, the more convinced I was that the issues are correlated and point towards a fundamental problem: that the marrying of Race and Religion in the Constitution of colonized nations not only leads to social injustice on a macro level, but does nothing for the women belonging to that supposedly privileged, dominant race/religious bracket. 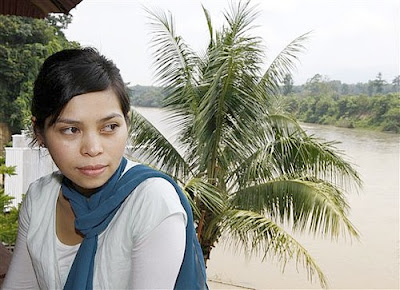 
Growing up in Singapore, I remember various accounts of the history of Singapore and Malaysia. Many Singaporeans regard our separation from Malaysian rule a victory for Democracy, with Singapore advocating "Equality for All" in democratic citizenship. This of course didn't really exemplify in my reality, as a Malay Singaporean, having experienced racist encounters in school, amongst peers and later during work-life. Then I came to New Zealand, and met all these Malaysian students who really believed that their Prime Minister Tunku Abdul Rahman back then was just doing what Lee Kuan Yew wanted him to, doing Singapore a favour, by releasing them from the clutches of Malaysia's "Bumiputra" debate. So I thought Malaysia was evil for kicking us out of home while my Malaysian peers thought Singapore was evil for running away from home. It all became too confusing, and I became increasingly skeptical of textbook knowledge.

So when I read things that encourage the stereotyping of Malays as lazy, complacent and ignorant like that article by Mariam Mokhtar I feel uneasy. I feel uneasy with non-Malay Malaysians demanding a new Malaysia, doing away with Bumiputra, and hence the indigenous debate altogether. This debate, one that Malays in Singapore lacked forum for, is perceived as a divider and barrier to true democracy in Malaysia's future. On one hand, I can empathise their frustrations, having had to work double hard, studying a language not their native tongue and tolerating Islam, their Constitutionalised religion, against their own personal beliefs and affiliations. I mean the Malays had to compete with a predominantly Chinese peer-group in Singapore, and expected to know Mandarin when job-hunting and tolerating all sorts of discriminatory remarks about "Malay-ren" in workplace culture. But I cannot bring myself to agree that their almost 40-year old debate should be erased. Multiculturalism is one of those self-appropriating words that can liberate nations in this globalised world but also hide dynamics of oppression amongst different race/culture groups. The Bumiputra debate to me provides a demonstration of how indigenous politics can evolve through time and how the debate can mature in policy, legislation and public dialogue - if the problem is understood and dealt with at its core.

This core issue is one of definition: the term Bumiputra isolated the viewpoints of the non-Malays which were often phrased towards "capitalistic-sounding" agendas eg. nationalism based on equality towards commercial/economic goals. This agenda-setting concern is similarly raised when Maori/Pakeha groups debate Treaty of Waitangi in Aotearoa New Zealand, where one party regards the other as having an oppressive interpretation of a nation's history. There is an assumption that bringing an indigenous group to the forefront so to speak, encourages complacency amongst those in the indigenous group, allowing special leeways to them. People don't seem to understand that indigenous rights is a matter of recognising the rights and responsibilities of the original care-takers of the land, been made to embrace, accept and adapt to the incoming influx of rules, practices and goals of the colonizer, the visitors to the land that chose to stay.

When the indigenous group becomes subordinate to the ways of the colonialists, problems in adaptability and acceptance are bound to happen. Academics call this imperial hegemony, which creates a certain set of unequal power relationships, maintained because the oppressed isn't aware of their own oppression. At the same time, the ruling majority blankets their problems, silences the issues related to preservation of power and control. One of these issues is gender deviance and how this is dealt by the ruling majority. This is why Kartika's caning case is so significant today, because it is used to remind Malaysian citizens of the leading majority's enveloped patriarchal structure even throughout this supposed democratizing period. It reminds us that when beliefs, especially religious beliefs of the ruling majority is preserved, it strives to benefit the ruling gender of that group.

I don't believe we should stop the Bumiputra debate. I think that there are diverse insights and opinions out there, that need to be encouraged, recorded and included in this debate, and drawn across the three natively Malay societies. Where religion forms the basis of a country's Constitution, it will inevitably complicate the debate: it seems that Muslim laws will continue to play its role in Malaysia even this generation but it is possible to work through, if we encourage different histories and herstories to substantiate as circumstances for the interpretation of the law as part of the process.

What Needs to Happen
While it may seem obvious that advocacy for reform be the solution, activism in natively Malay countries like Malaysia, Singapore and Indonesia is one helluva tricky business. Notwithstanding the absence of international human rights freedoms and the governmental strains of these countries, the level of religious and racial influences in these countries correlate at different ends of the spectrum, and so there isn't a "one-reform startegy-fits all" approach to the problem.

I propose a series of decolonisation tactics.

Can the REAL Malay Muslims Please Stand Up?
- Beyond Bumiputra: new definition(s) for "Malay" as a category need to be critically determined around indigenous praxis, or put simply beyond Bumiputra. It needs to be re-studied within both anthropological and political lens, and find its place within the wider international movement of indigenous peoples. We need students of Malay descent, to really engage, respond and contribute to this body of work and across all social study disciplines.

- Re-write Sejarah: the histories ("sejarah") of Malay people from civilisation to colonialisation contexts needs to be self-determined on a grassroots level, drawing from both popular and alternative propaganda of all three nations' histories, because it needs to hold that intergenerational relevance - the balance in appealing to the jaded "Baby Boomers", the cycnical "Gen-Xers" and the enthusiastic but naive "Gen-Yers/millenials" of these societies. Younger generations need to be proactive and understand the power of using their native tongue, Bahasa Melayu, to communicate with elder generations. Elder generations need to foster an openness to dialogue within both domestic and public realms, and re-engage with their racial subjectivities. Malay academics, historians, educators, those holding the knowledge of our histories, need to welcome inquistion and be prepared to include contemporary contexts when communicating this knowledge. Don't just revise the textbooks - open your eyes and minds, look into the arts where Malays are notably inclined towards, as a means where effectively possible.

- Mana Kisah Si Minah?: Where are our Herstories? Despite the attempts of Malaysian women academics (see R Ariffin's) and notably the Malaysian women's NGO, Sisters In Islam, there is still a massive lack of both formal and informal conversation, collaboration and education forums for young Malay women to question and merge their identities in these countries. 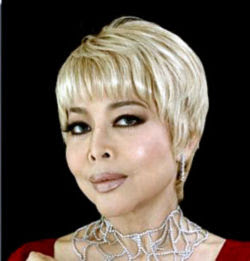 There is a lack of resources relating to feminist knowledge be it Western, Cultural or Muslimah, and more so to 4th World/indigenous knowledge, which can equip Malay women to articulate and theorise their experiences. Popular media is another important space to monitor, as the portrayals of Malay femininity through celebrities are as extreme as Malaysian singer Siti Nurhaliza ("demure"/"traditionalist" hence "role model-like") and Singaporean TV personality Anita Sarawak ("blonde"/"Westernised" hence "anti-role model-like"), trickling down beauty/fashion trends that could trigger body/image issues, narrow-mindedness on the capacity women's identities beyond traditional heterosexual norms (marriage, motherhood) and related consumerist pursuits of triviliaties in young women's lives. This adds to the social imagination, and indeed consensus to how a "proper" Malay woman should look, behave and be treated in mass society, reinforced further by the gender stereotypes and uneven power relations played out between Malay men and women in these communities. 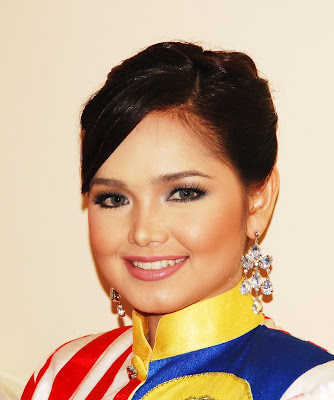 This is a call to all Malay AND non-Malay Malaysians, Singaporeans and Indonesians living within and outside of these countries to re-evaluate their political standpoints, and an even broader call to indigenous rights workers and activists living with the privilege of free speech in democratic nations, especially in neighbouring regions like Aotearoa New Zealand. There is so much we can do on local and global fronts. Pay Attention. Get Involved. It's Time To Make Change Happen.
Posted by batik at 4:35 PM