It was only one day after March 15th, commemorating 2 years after the white supremacist shooting of Muslims in Christchurch that killed 51 people. March 16th, in Atlanta, another white man with a gun targets Asian massage parlours killing 8 people, 6 of whom were Asian women. March 17th, a 39-year-old white man assaulted a 76 year old Chinese woman and she fought back in San Francisco. March 18th, a story about two 24-year-old Asian women who were run over and dragged for 100 metres in California, the aunt of one of the women believes it was a hate crime. This is only one week.

I don’t know how many times I’ve cried or sighed this week, but no amount of tears or exhalation can truly express the ranges of emotions that have been bottling up over a lifetime from anti-Asian racist misogyny. Between rage, grief, numbness and revisiting the traumas of white supremacist gendered violence we have witnessed or experienced, this shooting has brought up a lot for so many of us. Let us remember:

A white evangelical Christian man ended their lives because he allegedly “had a bad day”. I feel for their friends and families who have unjustly lost their loved ones to such disgusting and hateful violence. I feel for other Asian massage parlour workers and Asian Americans grieving for people they have lost in their community. I feel for Asian American elders and their families who have been targeted, beaten and murdered by unprovoked assaults since the beginning of the pandemic. I know this violence does not only happen in America. This rise in anti-Asian and Sinophobic violence is global, and it is gendered violence and women have been disproportionately targeted. It’s been happening in Aotearoa, so-called “Australia”, Canada-occupied Turtle Island, Britain and Europe.

It shouldn’t be that only when people are murdered that the world starts to pay attention to racist gender violence. It should never have taken people’s lives for the public to care and commit to preventing these acts in the first place. How many times do people have to prove that white supremacy is real, that anti-Asian racism is real, that colonialism is real with stories of pain, trauma and violence? How many times do people have to try and prove their humanity?

How many disclosures, stories and news reports does it take? How many articles, Instagram posts, status updates, opinion pieces, blogs and tweets does it take for people to do more than just like, share and follow?

I have seen this cycle over and over. Vigil after vigil. Deaths after deaths. Testimonials after testimonials. These waves of mass care and solidarity only happen after massacres like this.

Even though this shooting happened in the US, we know that white supremacist gendered violence and toxic masculinity are transnational. The New Zealand state has its own history of Sinophobia, from 55 immigration laws that directly discriminate against Chinese from 1881-1952 to the Labour Party’s scapegoating of Chinese people for the housing crisis in 2015 and now to ongoing COVID-19 related Sinophobia. And let’s be clear, anti-Chinese racism and violence also affect East, Southeast Asians and even Indigenous women in Vancouver because white supremacists cannot tell us apart.

None of this is new. But what doesn’t get talked about as much is the gendered Sinophobia that affects Asian women the most.

What also doesn’t get talked about is class because Asian migrant elites are often the most visible and white supremacist structures favour the model minority optics for denying racism and proving ‘diverse’ success within capitalism.

We don’t know if any of the Asian women who were killed in Atlanta engaged in sex work or if they would want to be remembered as sex workers, but the motivations from the killer reeks of whorephobia. His rationale was to “remove temptations” for his “sex addiction” that was morally sinful based on evangelical Christian beliefs (I wonder how he reconciled that with murder also being a sin in his religion).

The constructed association between Asian women and sex work has a deep history in the US. Many Asian-American feminists have spoken on that connection. In Aotearoa, sex work has been decriminalised since 2003, but migrant sex work is still criminalised. This means that if you are on a non-permanent resident visa, you can be arrested and deported for sex work and it will be in your records that is the reason for the deportation. In Aotearoa, Asian sex workers have been the target of police raids, harassment and deportation. NZPC has been calling for the decriminalisation of migrant sex work and greater protections for migrant sex workers. There has been international advocacy at the UN on this issue to repeal Section 19 of the Prostitution Reform Act 2003 which prohibits people on temporary visas working as sex workers. This is law that the NZ government can change so that Asian sex workers can be more protected from sexual violence and racist gendered violence. You can read NZPC’s shadow report to the UN here. More policy recommendations shaped by research with migrant sex workers have been articulated here. No white supremacist colonising state is innocent from anti-Asian misogynist violence.

As we are still grieving, processing and learning from organisations like Red Canary Song and Butterfly who advocate for Asian and migrant women in the sex and massage industry, we need to be supporting Asian workers in these industries and taking a pause to reflect on the roots of this violence.

What we have seen is just one face of a monster that has stalked us for generations, across oceans and islands. We don’t know when it will strike again in this form but I know that our invisibility has not saved us.

Buying into the model minority myth has not protected us. Assimilating into whiteness has not shielded us from racism. Flying their imperialist flags has not given us a sense of belonging. Changing our names to make our identities pronounceable in their language has not made us safe from racism.

It shouldn’t solely be the responsibility of BIPOC to right the wrongs of white supremacy and clean up the problem that white colonisers and their ancestors created. This kind of violence is produced by histories of Euro-American imperialism, racist misogyny and fetishisation of Asian women. This is white people’s problem to collectively deal with - these evangelical Christian ideologies belong to them. What we are responsible for are the ways that this gets adopted and internalised by men of colour, and by non-Asian queer women who also fetishise and enact anti-Asian misogynist racial violence. There are multiple patriarchies at work in the lives of Asian women, non-binary folks and femmes.

I have seen the responses to this that blame the shooting on the US’s propaganda against China. Yes, there is a dangerous conflation made between the Chinese state and communism and Chinese people that fuels Sinophobia. But I have no time for people who use this to promote CCP propaganda and uphold China as a beacon of a communist utopia and deny Uyghur genocide. They have no regard for the rights of sex workers in China. The CCP also has a carceral approach to sex work, where sex workers in China are routinely harassed and abused by law enforcement. Women have been disproportionately targeted for interrogation and the rates of interrogation are higher for transwomen. Engaging in sex work is a criminal offence in China and can result in sentences from 5 to 10 years imprisonment, fines and confiscation of assets. Activists who have organised for sex workers' rights in China have faced state harassment and repression. As abolitionists, we should advocate for decriminalisation of sex work as a first and important step to mitigate the carceral conditions that allow violence, abuse and exploitation of sex workers.

The criminal justice system is a white supremacist system that has been harmful and violent to Black, Indigenous, migrant, sex workers and people of colour communities since their inception. Many activists in the US have offered abolitionist approaches instead of relying on the police including Asian-American Feminist Collective. Red Canary Song has also rejected the strategy for increased policing, Butterfly is calling for divesting from the police and reinvesting in labour rights and protections for workers, for COVID-related support, to help pay rent etc. We need to find solutions elsewhere, away from these institutions of racist and colonial violence. There is power in community and collective care.

It has been heartwarming to see the solidarity from Black and Indigenous communities. In these moments, this support gives us strength that can take us to a new place politically. This is key to how we can overcome white supremacy, ongoing colonisation, and all forms of racism. We will be writers of history and architects of a new era, continuing on the legacies of our radical ancestors. While we grieve, we look forward to such a future where we would be free and safe from this violence. A future that truly honours the lives lost in Atlanta, that honours the lives of all the people whose lives have been brutally ended by white supremacy and misogyny.

With candles, flowers, incense, love and solidarity, we make a lifelong commitment to protect each other, empower each other, and eliminate white supremacist capitalist cisheteropatriarchy. At all costs. 让我们团结起来，消灭性别暴力·，消灭种族歧视。 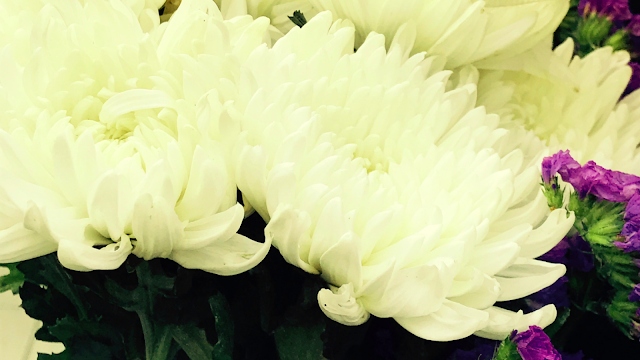 Many thanks to my dear Asian friends and family in Aotearoa and living on Kulin Nation territory who have given me feedback for this writing and special thanks to Dr. Arama Rata and the WERO write club for hosting a space to piece together my messy thoughts and feelings.