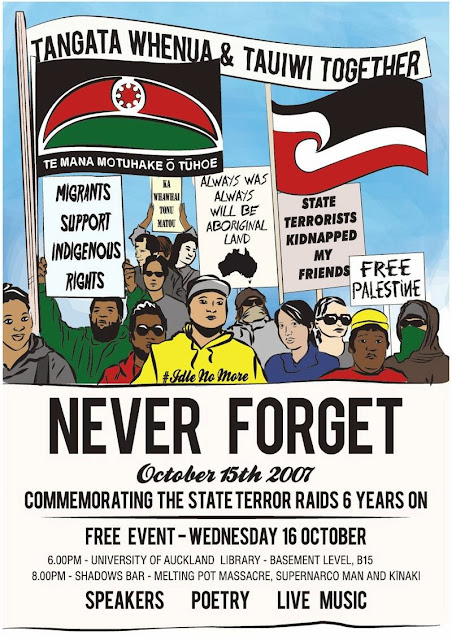 On Monday, October 15th 2007, more than 300 police carried out dawn raids on dozens of houses all over Aotearoa / New Zealand as part of ‘Operation 8′. Police claimed the raids were in response to ‘concrete terrorist threats’ from Māori activists. What initially started with 20 defendants resulted in the trial of four – Taame, Emily, Rangi and Urs – which concluded on 20 March 2012.
Six years later, most of the charges have been dropped, Rangi and Taame are out on parole, Emily and Urs have almost finished serving their home detention, but the impact of these raids on those arrested, raided, their whānau and communities continues.